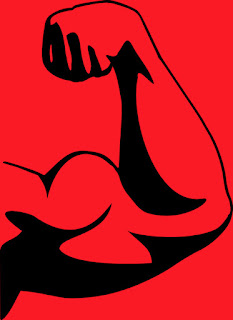 I recently participated in a team reflection/personal development activity at work called StrengthsFinder which made me think about taking that idea into the mentoring realm. (Note: this is not an endorsement of that particular product or methodology - just part of the story).

The belief is that you can become much more valuable to your organization if you are known as an expert in a particular domain or skill. If you just work on your weaker areas and bring that up to average then you'll be exactly that - average. It takes so much energy to improve areas that are not interesting to you. Why do it only to become one of the crowd?

Typically mentoring conversations are focused on areas the mentee would like to improve or change. That's natural - one wants to find a safe place in which to discuss challenges and vulnerabilities because the world of work rarely presents that kind of environment. As a mentor it's important from time to time to reflect on the areas that are going well for the mentee to see if those can be improved even further. Success most certainly breeds success.

For example, I had a mentee who was mortally afraid of public speaking but was actually very skilled at teaching technical concepts one on one. I suggested worrying less about the lack of public speaking ability for the time being and concentrate on coaching individuals that sought him out for help completing their projects. Sure enough by the following year he was well positioned for a promotion from lead to manager precisely because he was viewed as an expert in his field. He became the "go to" person which is often what one looks for in a good leader. I'm not saying that public speaking is not a critical skill  - it is! I venture that by focusing on his strength it led to a greater outcome than if he just developed into an adequate public speaker.

Most people work in teams. In an ideal situation the team would contain a set of individuals with a diverse set of strengths. This skill diversity equips the team to successfully handle a wide variety of challenges it will inevitably face. Everyone on the team does not have to be great at everything. That's not possible in any case.

It's a lot more fun to work on something you feel you are already good at and enjoy rather than toil away in an area of fear or disinterest. And it could lead to the type of recognition amongst peers and leaders that allow you to shine.

Posted by On Mentoring at 3:13 PM No comments: