I've recently been involved in many conversations both with mentors as well as mentees around the usefulness and etiquette of LinkedIn. I believe LinkedIn to be a fantastic networking tool for professionals. If you've been reading this blog you know the value I place on networking as a necessary skill to find jobs, increase influence, get a promotion, etc. For the shier, more introverted among us LinkedIn takes some of the face to face "hardship" out of the networking process. It doesn't replace in-person interpersonal skills but it makes introductions and maintaining contacts over the long term much easier. Go-go-go social media!

One major topic of these recent conversations has been around from whom to accept invitation requests? Clearly when we know and respect the person reaching out to us it's easy to accept the link up request. But we all get invitations from people we either don't know at all or have long since forgotten and are surprised about the contact. My policy is the following:

Another major topic of these conversations has been around recommendations. Have you ever been asked for a LinkedIn recommendation? Do you ever get asked for one? As social media evolves one wonders what value is placed on recommendations and when to accept or politely decline these requests. I'd like to share my approach in this area as well and invite others to share theirs as we explore together what it can mean to our professional lives.

On asking for recommendations: I think it's good to ask for a recommendation from anyone you'd ask a regular written or phone recommendation from assuming they are an an avid Linkedin user. What do I mean by an 'avid LinkedIn user'? There are many LinkedIn 'dabblers' who use it more as a modern day necessary evil and don't want to feel pressured to write something up. But these folks would happily give a phone reference. How can you tell? Take a look at their LinkedIn profile. If a) their profile is pretty threadbare; b) they have relatively few connections; or c) they've never recommended anyone then you're probably looking at someone who won't be too enthusiastic about authoring a recommendation. There are exceptions of course. In the end you can always ask. Be sure to make your request in a manner that allows them to easily decline.

Over time as these recommendations age you may not actively expect a phone recommendation from all these people. That's ok as long as at the time you asked you would have expected one. Make sense?

On giving recommendations: Because a LinkedIn recommendation is written thing and on the Internet and in a sense "permanent" thanks to archiving I would only recommend people who you could also call on you to be a phone reference. (Same general approach as above but in reverse!) Imagine the request to you was for a phone reference instead. If you aren't excited about that imagined conversation then politely decline the write up request. Otherwise go for it. TWO important clarifications/exceptions:

There are always exceptions as I stated. And these are my thoughts as of today only! As the world of social media evolves my opinions will likely evolve as well. I'd love to hear about your thoughts and approaches too in the comments below or in an email to me.
Posted by On Mentoring at 8:34 AM No comments:

7 Phrases to Help You During A Confrontation (At Work)

Inspired by a blog posting on Yahoo entitled "23 Phrases to Help You Fight Right" which is targeted towards personal relationships I wanted to share 7 phrases that can help you with a confrontation at work (and suggestions on how and when to use them). You'll notice some phrases work in both situations and that makes sense because in the end, personal or business, it's all about relationships and communication.


I'm sure there are several more phrases you've successfully used during a confrontation so please share them in the comments below or in email to me! It would be very much appreciated!
Posted by On Mentoring at 7:02 AM No comments:

A Way To Deal With Fear 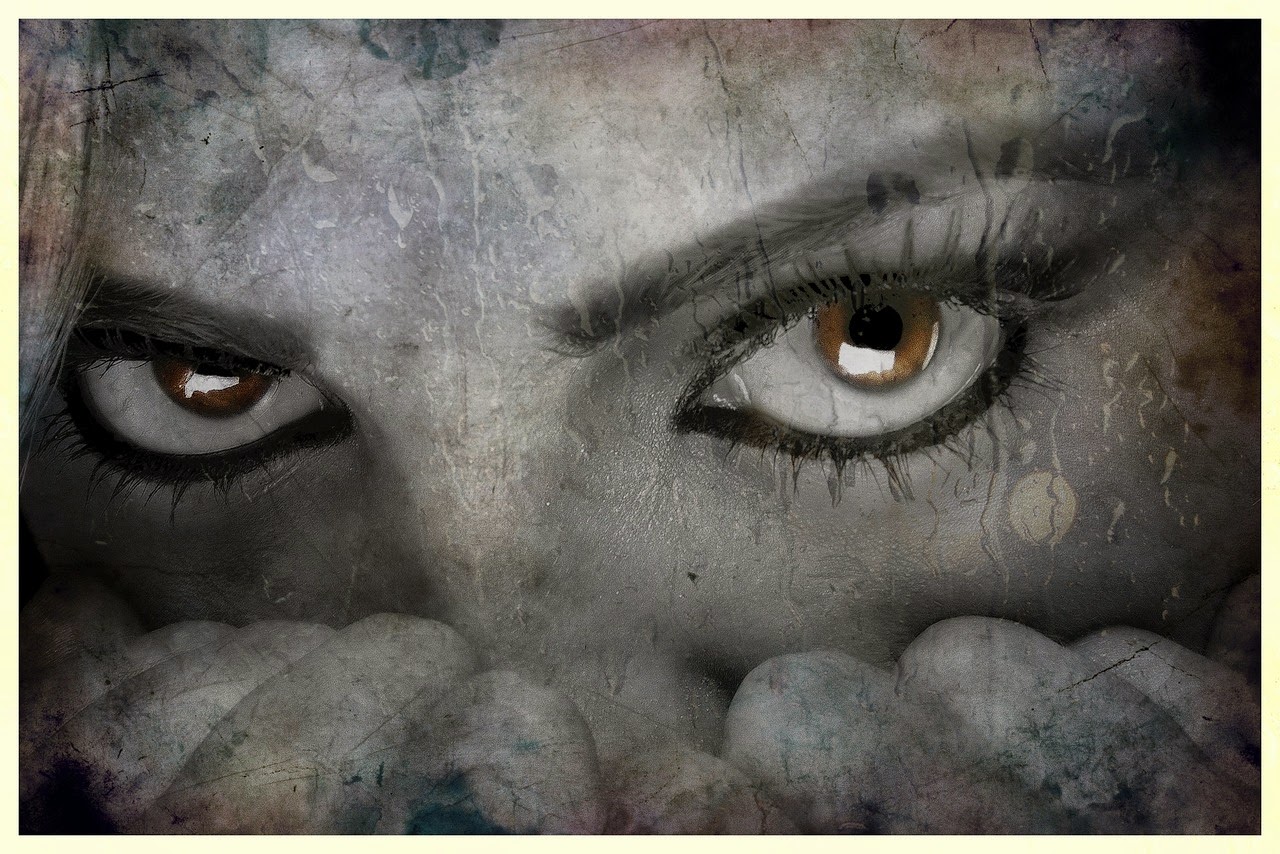 A large percentage of my mentoring conversations eventually boil down to dealing with Fear. The fear I want to discuss today is within a business/professional context and not things like fear of flying or of heights (that's another conversation). Fear arises when you are presented with a choice or when you have to deal with a change. Choice and Change - a powerful, fear inducing pair.

People tend to act (or not act) on a choice because they are asking themselves questions like:


People tend to freeze when dealing with change as well, for example:

My favorite question to ask someone dealing with Fear is simply "What's the absolute worst that can happen?". A large part of fear is fear of the unknown given this new situation. I encourage the person I'm speaking with to let their imaginations run wild in answering this question and describe a truly worst case scenario however unlikely. Once we've identified the most losing, most conservative outcome I then ask "Is that outcome really that bad?"

I am fascinated at how working through this simple fear exercise with someone really turns them around because 9 times out of 10 the absolute worst case scenario ends up being evaluated as 'not that bad after all'! Calculating the cost of a choice or a change in a situation, making it concrete and then dealing with that goes  a long way to solving the fear. Even when the worst case is the person's job loss (however unlikely) I've found some people see that end as a liberating possibility - one that will allow them to finally explore other options they've been considering in the back of their minds for years. I've even found some part of them secretly hoping that would happen so they would be forced into that exploration.

Here's a personal example of this calculation process in play:

Back when I was a senior in high school in New York City the mayor was planning a visit to our school. 10 students, including me, were chosen to ask the mayor a question at the planned, publicized assembly. During a rehearsal of the program our principal came down to hear what we had planned to ask the mayor. Despite our tender age we each presented some very heavy questions dealing with everything from budget cuts to race relations to the homeless problem. I had been very interested in becoming a teacher at the time and was warned by my own teachers not to choose that career. Teachers were not paid well nor well respected. My planned question therefore had to do with why New York City teachers were so poorly paid and poorly treated. I thought it quite appropriate given the setting. That did not go over well with my principal who instructed some of us, including me, to ask "lighter" questions such as 'what was the mayor's favorite restaurant?'. I was shocked into silence at being told to subvert my own curiosity at such a rare opportunity to question a major political figure.

At the time I was very deferent to authority and always did what I was told in school. Back then we were also generally more respectful of our school authorities than today I imagine. So I had a real dilemma. I desperately wanted to ask the mayor my question but was very fearful at not following the principal's demand. Compounding this situation was the knowledge that I'd be making this choice on stage in front of a packed auditorium of TV cameras and newspaper journalists not to mention hundreds of students and teachers. What to do?

I was undecided up until the very morning of the assembly which would begin promptly at 9AM. I was to be the 9th questioner. After waking up that morning I asked myself if I went ahead and asked my "teacher" question anyway "what's the worst that can happen?". I was a senior about to graduate in a few months. I had good grades. What could the principal possibly do to me if I defied his authority so publicly? I'd certainly be graduating no matter. The worst I could come up with is he would "hate" me and find some way to humiliate me or take away some privilege from me for the rest of the year. So what? Big deal. I didn't care about that. I realized that this worst case was actually not that bad. When my time came I got up there and asked the mayor of the City of New York why teachers were so underpaid. He gave a political answer but students and teachers especially were thrilled that I dared to ask him such a question. I was stopped in the halls for the rest of the week by people shaking my hand proud that I had asked my question and not the principal's.

And nothing bad happened to me. Before I graduated I saw the principal many times since that assembly and he never brought up the incident. The mayor's favorite restaurant remained a mystery.

Looking back it seems like an easy choice but trust me it wasn't at the time. I am to this day proud of that choice I made. And in this process I gained this powerful tool to deal with fear that I've used to my benefit and have shared with others ever since.

So the way to deal with fear in 3 steps:

I see Choice and Change as opportunities. Opportunities with admittedly some possible challenges but laden with gifts. Calculate your cost, make the decision, act and then enjoy the ride!

"He who is not everyday conquering some fear has not yet learned the secret of life" - Ralph Waldo Emerson
Posted by On Mentoring at 6:56 AM 1 comment: