Reflecting upon the past 12 months of OnMentoring blogging those are the two most appropriate words I can use right now. I've written many times about gratitude and that's the overwhelming feeling I have today.
I want to thank all the readers, known and unknown, who have kept me inspired through emails, comments, "likes", "retweets", in-person feedback or simply by just visiting the blog.
I'm excited about the future!! I have many more topics to share (several that came from suggestions from YOU) and a couple of new features including interviewing some of my past mentors and possibly even guest posts. Stay tuned for those.
And once again, thank you! This blog has meant more to me than I ever imagined it would 12 short months ago. Let's all keep mentoring and conversing!
Posted by On Mentoring at 8:00 AM No comments:

Email ThisBlogThis!Share to TwitterShare to FacebookShare to Pinterest
Labels: gratitude 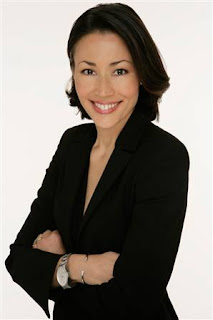 This article regarding Ann Curry's approach to work and recent promotion captures many key themes I've talked about in this blog over the past year. These are themes I weave into conversations with mentees because they present a proactive, positive approach to career development.


In a nutshell the article talks about Ann Curry's actions when she was passed up for a promotion 5 years ago to the top spot at her workplace, NBC's Today Show. A promotion that instead went to Meredith Viera.

She acknowledges she was upset about being passed over when then-NBC Universal chief Jeff Zucker, seeking a bigger name for “Today,’’ personally recruited Vieira from “The View.’’“Sure, I had the sense of ‘I wish I had been asked,’ ’’ Curry recalled. “But shortly after that I said to myself, ‘Look how lucky you are. Look at what a great job you have and look how great she is.’ I opened my arms wide and never looked back.’’


Instead of leaving her job, instead of closing up shop, instead of holding a grudge, Ann Curry redoubled her efforts and in a sense reinvented her career. Five years later she is chosen. More importantly, per the article, her promotion was supported by her colleagues precisely because she built her personal brand through hard work, enthusiasm and perseverance. The consensus was that she deserved the promotion. That's the best way and sometimes the only way to get advancement.

My favorite part of the whole article though is this quote:

"Too many people come to their jobs with attitude, not gratitude" - Ann Curry

Perfectly said! This blog has covered gratitude in the past as well. Gratitude will make you rich beyond your wildest imagination. Sure she was upset initially. That is only human. But Curry had the wisdom and the grace to channel that energy into positive steps to increase her value and further her career.

Whenever a mentee of mine is disappointed at a turn of events in their life I have them consider the following things:
Please read and enjoy the article as it captures a lot of key ideas I hold dear and promote with my mentees: Namely that perseverance, gratitude and building your personal brand will only lead to magnificent success!
Posted by On Mentoring at 6:00 AM No comments:

The Divine Art of Letting Go

When the best leader's work is done the people say, "We did it ourselves." - Lao Tzu

Transitioning from an individual contributor to a leader is not a simple task. Up until someone becomes a leader/manager they've only tasted success as a direct result of their own work. They exerted control over a problem domain and time and again delivered solutions. Those solutions were rewarded well until one day the long-awaited promotion to "management" arrived.

But just getting the title of "manager" does not automatically bestow the wisdom and self-confidence of achieving results through others. As I learned myself many years ago that takes time and practice. It takes the development of new skills including, in particular: creating space and letting go. A great leader creates the space and lets his or her team go to learn, grow, experiment, succeed and even sometimes fail. It is often through our failures and mistakes that we learn the best of lessons. So to, my new manager, with your new team!

How does one make this difficult transition?

One helpful trick I've used and shared to make this transition easier is a very simple reframe: A new manager typically has an understandable sense of 'loss of control' when suddenly having to depend on others to deliver results by which he/she will be measured and compensated. As you are no longer doing the work directly how can you be sure it's getting done and done right? At the first sign of trouble or doubt many new managers unfortunately jump in and complete the task themselves to ensure success. This is a terrible mistake because it doesn't allow the team member to learn for themselves and it doesn't teach the new manager to guide instead of jump in.

The reframe I propose to a new manager is not to think of yourself as having lost control but instead visualize having gained incredible tools for increased productivity! Each member on your team is an extra pair of hands and eyes and a brain that will allow you to achieve more than you could ever achieve by yourself. As a manager/leader you will set the vision, the tone and the approach (preferably in concert with your team) to deliver results that are greater than the sum of all of you put together and orders of magnitude greater than you would have delivered yourself!

When you let go of your team you allow them to act with their own creativity and initiative. As each member brings their own perspective and talents to the table a cohesion forms and an environment builds for tremendous productivity.

I've found that when a newly birthed leader sees not the loss of control but instead sees the extension and multiplication of himself/herself it significantly eases the discomfort of this new role.

Why did I title this posting "The Divine Art of Letting Go"? Why "divine"?

By no means is this blog meant to be 'religious' in any sense of the word but I'd like to borrow the metaphor of the Creation from Genesis. In the beginning there was nothingness. God had to first create the space in order for the rest of creation - the heavens and the earth and the light and the dark, etc. to proceed. Many consider the ability to create as a divine attribute. I wanted to borrow that notion to elevate the nature and importance of this "letting go" concept. Creating a space and stepping back to allow for learning and growth of your team is very difficult and even unpredictable but it is also mystical and magnificent because you've enabled others to realize their own greatness. I also use "divine" because I wanted to convey the sense that it takes a "supreme being" to actually be able to successfully 'let go'.

Another parallel, one that I face weekly with this blog, is when authors are about to begin writing they start with an empty page or an empty screen. It is this empty space gives the author a place into which they can build and grow their story.

I now present you with your empty space. What great things will your team achieve?

Posted by On Mentoring at 6:43 AM No comments: