Can you be mentored 'from below'?

Back in July I participated on a Mentoring Panel. One of the many questions we were asked was "Can you be mentored from below?". The panel wasn't quite sure what that phrase "from below" meant so we requested a clarification. The questioner went on to explain by giving the following example (I'm paraphrasing) "Can a VP of Engineering be mentored by a developer? In other words can someone higher up in an organization be mentored by someone lower in the organization?".
The short answer is YES!
That may seem counter-intuitive at first and the discussion that ensued is important to share because it makes some key distinctions between mentoring and feedback. Read on.

First off, if you are a mentee seeking a mentor don't consider the organizational hierarchy or even just your workplace as the sole source of mentors. Remember that:


While it's common to look for a mentor to be someone you'd like to emulate it's not necessarily true that this person will be at a higher level than you on an organizational chart. Just because someone may be a Vice President in your company doesn't necessarily mean they are 'smarter' than you nor does it mean you both will necessarily be a fit. As discussed before the most crucial ingredients in a mentoring relationship are trust and fit. If you can get that kind of relationship from someone at a "lower level" then go for it!
Another thing to point out is that successful mentoring relationships usually end up with the conversations and advice-seeking going both ways. After a time the mentor may be asking a mentee for guidance. This has happened to me numerous times on both sides of the relationship. As a mentor asking for perspectives from my mentee you could say I was then being mentored "from below".
A distinction I'd like to make however is one between feedback and mentoring. Many times folks within an organization would like to give a leader feedback about a person or a situation. Or a leader may ask for feedback about a particular person or situation. Feedback is fantastic but that's not the same as mentoring. Keeping an open dialog with your leadership team is key to making both yourself and your company successful but feedback tends to be about a specific situation whereas mentoring is broad ranging, ongoing and occurs with some regularity. I hope that distinction makes sense (and if not, then ask me about it!)
When looking for a mentor be sure to take a 360 degree, up, down and all around view of your possibilities. You'll be happy you did!
Posted by On Mentoring at 6:05 AM No comments:

The Difference An "If" Makes

The Washington Post article by Rachel Manteuffel starts off with:

"The memorial to Martin Luther King Jr. has been a little controversial — but not for the right reason. Someone, somewhere along the line, made a decision that makes King look like something he was not: an arrogant jerk."

This memorial was at least 14 years in the making so how could this possibly be? In summary the article goes on to discuss how a Martin Luther King Jr. quote destined for a prominent place on the memorial was morphed from its original:

to this phrase now found there:


“I was a drum major for justice, peace and righteousness.”

A "drum major" is the leader of a band. It is someone that commands attention. But MLK was using this term in a pejorative way. He was referring to a drum major as someone who becomes a leader only to get attention. Unfortunately there are many self-centered "leaders" in this world like that. In the first and original quote MLK was basically saying that if you were a critic ready to accuse him of seeking out the limelight then fine, at least he did that for noble causes such as peace and justice.

In the final paraphrasing this meaning is lost. The new monument in Washington D.C. didn't have enough room for the full quote so the decision makers did some editing. Sadly by taking out the "if" clause it makes it sound like he'd declared himself the righteous leader for peace and justice. That does come off as arrogant and not even close to the original wording.

I bring up this story to make a point about how difficult good communication can be for anyone. If a 14 year effort can lead to monumental errors in wording what does that say for our day to day communication efforts in the work place or in home life?

What it says to me is threefold:
One final, related note - here's a quote from Mr. King on communication which I espouse:


"Our lives begin to end the day we become silent about things that matter."

An OnMentoring Conversation With: Jerry Pico 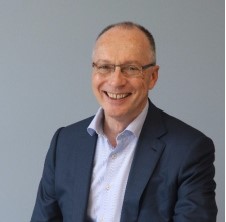 In the first post of this new series I'd like to introduce you to Jerry Pico who is a past business coach I’ve been fortunate to work with. He possesses all qualities one must have to be an impactful and effective coach. His open, even-keeled, caring approach has helped many people achieve their goals. I met Jerry several years ago at an outplacement agency during a career transition of mine. Among the help Jerry provided me was guidance on making my next career choice.

Jerry has been working with individuals and teams to define and achieve success in their own terms for over 15 years – including for more than 10 years in his coaching and organizational consulting practice, People & Knowledge Works Consulting.

From his website: "His organizational consulting practice was focused in the disciplines of Talent Acquisition, Development and Retention through the practices of Coaching, Facilitation, Learning and Leadership Development, and Organization Development.  In August 2011 Jerry decided to pursue an exciting new international career opportunity that would leverage his talent acquisition and consulting skills, and joined the EMEA recruiting team of W. L. Gore & Associates GmbH in Munich, Germany."

When I approached Jerry about being the first interviewee in this OnMentoring series he was very enthusiastic about participating.  I’m extremely grateful for his agreeing to speak with me!

1.      OnMentoring: Hi Jerry. Thanks so much for agreeing to speak with me today.  I wanted to start ‘at the beginning’ of your coaching/mentoring experience. When and how did you get into mentoring/coaching?

Those are 2 different questions as those are two different activities. I got into coaching 12 years ago via the Human Resources Master’s program at the University of San Francisco. Part of the curriculum was centered on coaching. I trained in 2 schools of coaching and in that time developed co-coaching relationship with members of the course.

As for mentoring, I got into it by being mentored myself. This was very valuable to me. Naturally I fell into mentoring others formally and informally. All my work is about helping people and mentoring is an extension of that. This initial mentoring occurred somewhat simultaneous to the Master’s program.

I’ve had 4 formal mentors and countless informal ones. The biggest impact of any of them had on me, formal or informal, was the choice of my current career. 3 of the 4 mentors guided me into this career and nurtured me into becoming Organizational Development consultant. If it weren’t for these mentors I wouldn’t be doing what I’m doing today nor doing it nearly as well!

Here’s how it played out: My first mentor got me into the Human Resources Master’s program and into Organizational Development. My second mentor was actually the husband of my first mentor. Over a dinner conversation I learned that he did the exact kind of work I wanted to do. He was an organizational development consultant with a particular specialty around diversity and cross-cultural facilitation. My third mentor was a subject matter expert in organization leadership and leadership development which was another one of my interested specialties. I later went on to teach university courses in this field.

And actually my fourth formal mentor is really my first real mentoring experience. He was from my past life when I was a very successful sales manager in insurance. He taught me business and life skills that I carry with me to this day!

Since diversity is so important to me and one of the areas in which I wanted to be mentored and to learn about I consciously chose two mentors who were persons of color (one also being a woman) so that I could gain perspectives very different from mine.  My choices were good ones and many of the lessons I learned were somewhat painful but infinitely valuable. I gained insights I could not have obtained from people who were like me, i.e., other white males. So in some cases it is good to have mentors who are like you but it is also good to consider others who may be different.  [editor’s note: one can also have more than one mentor at any given time]

Let me just interject something here about mentoring that I find missing in your blog postings: it’s all about give and take. I think as a mentee it’s important to give back to your mentor. That was my experience as I did pro bono work for my mentors. One of the differences between mentoring and coaching is that coaching is more service for fee and mentoring is much more of an exchange.

3.                  OM: Thanks for sharing your history and that interjection. I think giving back to your mentor is a wonderful suggestion! I’m curious if there’s one question you make sure to ask all your mentees/clients?

It hasn’t really yet. The only example that comes close is Skype which provides a richer medium than phone for remote coaching/mentoring sessions.

There are 2 ways to being coached (fee for service, manager as coach) and there is mentoring. I think that either way with mentoring or coaching it’s all about giving. That is the core essence. These activities reflect the basic human need to help other humans. You have to go into it really wanting to help others. Make sure you are clear about why you are going into mentoring – it needs to be about service.

2 things:  I concur with something you stated in your blog about when looking for a mentor. I want to emphasize that mentees should make sure to find someone they want to emulate. The second thing is simply that I would highly encourage as many people to become mentors and equally encourage people to ask for mentors. Not enough people become mentors; and many people are often reluctant to ask someone to become their mentor and really miss out on a potentially life-changing opportunity. Partly because of our busy lives and partly because they aren’t sure about what mentoring involves I find people hesitate to participate.  Hopefully we can all work to change that!

OM: Thanks so much Jerry for spending some time with me! I really enjoyed our conversation.