Ralph Waldo Emerson, whose birthday of May 25th is coming up soon, was a key figure in a philosophical group known as the American Transcendentalists. This group believed deeply in the power of the individual. It posited that every person could transcend the physical world to reach deeper spiritual insights and experiences.

One of my most favorite pieces ever written is a short poem often attributed to Ralph Waldo Emerson on success:


To laugh often and much;

To win the respect of intelligent people
and the affection of children;

To earn the appreciation of honest critics
and endure the betrayal of false friends;

To appreciate beauty;
To find the best in others;

To leave the world a bit better, whether by
a healthy child, a garden patch
or a redeemed social condition;

To know even one life has breathed
easier because you have lived;

This is to have succeeded.

I'm often asked by mentees about success: how to be successful, different types of success, why is everyone else apparently successful but them, etc. I've often pointed to this piece as an answer and a masterful guide on the topic.

I'll end this post with a focus on the last two lines that hold the most meaning for me. Those phrases can so eloquently be used to explain why I am passionate about mentoring. When you've taken someone under your wing you have invariably helped them breathe easier.

Posted by On Mentoring at 7:31 PM No comments:

Separating the Idea from the Person 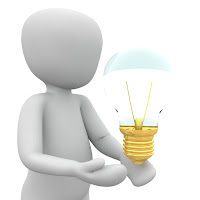 A mentee of mine comes running into my office unannounced in as frustrated a mood as I've ever seen him. He quickly apologizes for the intrusion and said he really needs my help. (While my mentoring meetings are always scheduled, those I mentor have a standing invitation to reach out to me should something urgent arise in between our sessions). I immediately invite him to sit down at the round table in the front of my office, ask him to take a couple of deep breaths first and then let me know what's going on.

Angrily he plunges right into discussing someone that we've discussed several times in the past. This person, one of his work colleagues, and my mentee are often forced to work with each other on critical projects. Unfortunately they both don't see eye to eye on a myriad of topics and harbor a significant amount of mutual disrespect.

After several minutes of a breathless, complaining monologue where he describes in detail their latest disagreement I ask him if all he needed to do was vent to me or was he open to some guidance? This question gave him pause and he started to calm down. "Guidance" was the curt response.

With that I started to probe into the disagreement with several questions only to discover that the idea my mentee's adversary was proposing was not half bad. And so I focused the next several minutes of our conversation just examining the idea divorcing it from its source. It only took a few minutes more for my mentee to come to that same conclusion - the idea was in fact a good one. Yet he struggled and was still hesitant to admit that or implement the suggestion. What was the barrier he was up against? Simply that the suggestion came from his "difficult to work" with colleague. My mentee was in a place where if it came from that person the idea couldn't possibly be good. Or perhaps he didn't want to give his adversary the satisfaction of agreeing with him.

I asked my mentee one simple, final question: "If you implement this idea will it help you?". He answered "yes" without hesitation to which I replied: "Then what difference does it really make where the suggestion comes from? You will be a far better, stronger and successful person if you can implement good ideas no matter the origin. Separate the idea from the person and examine it on its own merits." He agreed and left in a calmer and more productive mood.

If we can approach the thoughts, suggestions and advice we receive throughout our day in an objective fashion, test those ideas and utilize them to our own benefit we will be in a much better position than not having been exposed to those ideas. We can turn those we perceive as adversaries into collaborators. And perhaps even one day turn those collaborators into long-term partners and friends.

"The best way to have a good idea is to have a lot of ideas." - Linus Pauling

Per Pauling's quote, if the best way to have a good idea is to have lots of them then why ever reject any idea simply because of its source?
Posted by On Mentoring at 11:21 PM No comments: